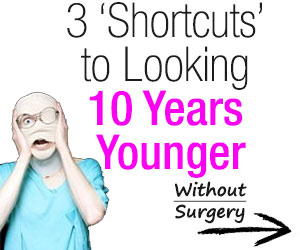 years, and irradiation of animal-derived foods, which is increasing in popularity and acceptance.

When genetic modification is considered, preharvest systems would include genetically altering animals or gut microbes to provide specific actions of interest, while postharvest techniques could include modifying food-processing microbes by using genetic engineering to optimize the contents of nutraceuticals in products. Two examples of preharvest genetic modification include either knocked out (deleted) genes or inserted genes. Specific examples of genetic modifications could include knocking out the triacylglycerol synthetase gene (clearly an extreme example) so that the cow would produce skim milk or the genetic addition of lactase to the secretory cells of the mammary gland, which is an experiment that already has been conducted in a mouse, to produce a lactose-decreased or a lactose-free milk.

How to Stay Young

For centuries, ever since the legendary Ponce de Leon went searching for the elusive Fountain of Youth, people have been looking for ways to slow down the aging process. Medical science has made great strides in keeping people alive longer by preventing and curing disease, and helping people to live healthier lives. Average life expectancy keeps increasing, and most of us can look forward to the chance to live much longer lives than our ancestors.