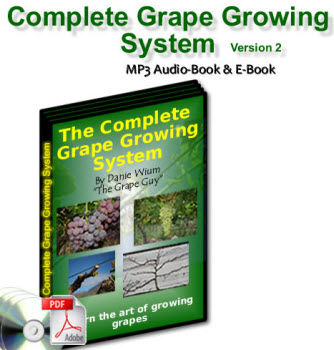 One of the crucial problems in this field, especially in the case of fruit and vegetable samples, is the detection and identification of non-volatile organic compounds present at low concentration levels, as is the case for most of the phytoalexins produced by the plants.

The development of new analytical methods based on both mass spectrometry and laser spectrometry is of major interest75-78 in this field at the time of writing. Although mass spectrometry is widely used in the analysis of these compounds providing exact mass identification, the difficulty lies in volatisation of the sample into the gas phase prior to injection into the analyser. This first step requirement is particularly a problem for thermally labile samples as they rapidly decompose upon heating.

To circumvent this difficulty a wide range of techniques have been developed for non-volatile analysis; the reader is referred to a review79 for further details and discussion of these new techniques. Techniques that have been applied include fast atom bombardment (FAB),80-82 field desorption (FD),82,83 laser desorption (LD),84,85 plasma desorption mass spectrometry (PDMS)86,87 and secondary ion mass spectrometry (SIMS).88,89 Although these methods give significant improvement and extended applicability, they all suffer from the same limitation derived from the fact that both desorption and ionisation cannot be optimised separately, which, obviously, may be critical for many real applications.

Laser desorption methods have been developed in which volatisation and ionisation steps are separated and so higher sample sensitivity is achieved. While they all have the laser desorption step in common, they differ in their ionisation method. A few examples are (a) laser desorption plus electron beam ionisation, (b) chemical ionisation under vacuum conditions, (c) chemical ionisation under atmospheric conditions, (d) laser multiphoton ionisation coupled with time-offlight mass spectrometry, and in particular resonance enhanced multiphoton ionisation (REMPI)-time-of-flight mass spectrometry (TOFMS) which is considered as one of the most powerful methods for the analysis of trace components in a complex matrix.

The high selectivity of REMPI-TOFMS is given by the combination of mass selective detection with the resonant ionisation process: the ionisation is produced by the successive absorption of two or more laser photons. Thus for efficient ionisation the energy of the first photon has to be resonant with one of the real electronic states in the molecule (resonance enhancement). This condition gives a second selectivity to the technique: laser wavelength selective ionisation. In addition, other clear advantages of REMPI-TOFMS are excellent sensitivity and resolution, major ionisation efficiency, easy control of the molecular fragmentation by the laser intensity and the possibility of simultaneous analysis of different components present in a matrix. As a result, this technique has become well established for spectroscopic analysis, either for fundamental research90-94 or for applications where very sensitive analysis of trace components in a complex matrix or simultaneous analysis of a large number of components over a large range of concentrations are needed.95-100

As an example, the development and subsequent application of a laser technique specially designed to perform fast and direct analysis of non-volatile compounds in fruits and vegetables, particularly trans--resveratrol in grapes and vine leaves is presented here. The method is based on the combination of LD followed by REMPI and TOFMS detection. The analytical method can be categorised within group (d) mentioned above but it does not use a supersonic beam. It was conceived for intermediate mass resolution (around R ~ 103) at an intermediate level of technical simplicity.

3,5,4'-Trihydroxystilbene (trans-resveratrol) is an antioxidant compound naturally produced in a huge number of plants, including grapes, as a phytoalexin. Figure 12.5 shows its structural formula. In Vitis spp., trans-resveratrol is accumulated in vine leaves and grape skin in response to various fungal organisms,

UV radiation or chemicals101,102 and has been found in wines in concentrations depending on viticultural and enological practices.103,104 Analytical interest in trans-resveratrol was first caused by its natural pesticide properties. Quantitatively, the major component in grapevine phytoalexin response is trans-resveratrol, which has been shown to be fungitoxic at physiological concentrations against Botrytis cinerea,105 the causal agent for grey mould, one of the main pathogens in grapes.

Analysis of trans-resveratrol is generally carried out by chromatographic methods, gas chromatography (GC)106,107 and high performance liquid chromatography (HPLC)108-110 or capillary electrophoresis (CE).111,112 Regardless of the separation technique, its analysis in grapes and wines requires the use of previous preconcentration and/or multisolvent extraction techniques owing to the complexity of the matrices and to the low concentration of the analyte. The techniques generally employed are liquid extraction with organic solvents or solid phase extraction.

It is generally accepted that the sample preparation is the limiting step in trans-resveratrol analysis, not only because of the need for costly and time-consuming operations, but because of the error sources introduced during this operation. This has originated some controversy among different laboratories about their respective sample preparation techniques.113115 Several revisions of some of the methods for the analysis of trans-resveratrol116118 showed a huge variability in the values published, which is attributed to the possibility of isomerisation during the process of derivatisation, important losses caused by oxidation, isomerisation or hydrolysis during the extraction and separation processes, and the presence of some resveratrol derivatives that could interfere in the results obtained. Several sample preparation methods used in the determination of trans-resveratrol by HPLC have been also reviewed119 including a comparison of their main features.

In the case of wine and grape juice samples, several methods have been developed115,12"22 for the analysis of trans-resveratrol by direct injection in the HPLC system, but in most cases this results in chromatograms that are too complex and that sometimes do not allow reliable identification and/or quantita-tion of the peaks.119 Direct analysis of trans-resveratrol in wines has been also performed by micellar electrokinetic capillary electrophoresis with a clear lack of sensitivity attributed by the authors to the need for preconcentration techniques.123

The combination of LD followed by REMPI and TOFMS detection can overcome these error sources, as indicated below. The experimental set-up, schematically shown in Fig. 12.6, has been already described elsewhere,124 so only a brief report is given here.

Essentially, it consists of two independent high vacuum chambers. The first chamber is used for both laser desorption and laser post-ionisation of the sample followed by the ion acceleration towards the second chamber, basically a time-of-flight unit with a two-microchannel plate detector. A few nanosecond laser pulses from the fundamental emission of a Nd:YAG laser are used for sample desorption. A frequency-doubled dye laser is then used to ionise selectively the desorbed neutral by REMPI. To this end active wavelength laser scanning is achieved with tunability from 230nm up to 365nm. In addition to the selective ionisation owing to REMPI, additional selectivity is provided by the use of mass spectrometry, that is, providing mass identification to make the technique more sensitive and universal.

The separation of both desorption and ionisation processes is an important advantage in this arrangement, because it allows the study and optimisation of both processes independently. Consequently, some of the limitations, as for example the low mass peak resolution, of conventional matrix-assisted laser desorption/ionisation (MALDI)54 were eliminated. In the specific case of trans-resveratrol analysis this optimisation has included125 (1) a 20-fold enhancement in the desorption yield by mixing the analyte with Zn powder (MEtal Powder Enhanced Resorption), (2) the determination that trans-resveratrol is ionised through a one-colour two-photons process and (3) a resonance ionisation region between 302.5 and 307.5nm with the maximum at 302.1nm, which is the optimal wavelength for trans-resveratrol analysis in complex samples.

The essential features of the technique are (1) the absence of any separation method for sample preparation; the trans-resveratrol is fully extracted from the samples (grape skin or vine leaves) just by cold-pressing using a hydraulic press, (2) enhanced desorption yield given by the mixing the analyte with metal powder and (3) high resolution and sensitivity and a low detection limit caused by laser resonant ionisation and mass spectrometric detection. Thus, the combination of LD followed by REMPI-TOFMS detection can overcome the main error sources present in the chromatographic methods generally employed for resveratrol analysis.

The present method has demonstrated its capability for fast, accurate and reliable analysis of trans-resveratrol in agricultural samples, namely grapes and vine leaves, reaching detection limits of only few ppb.126 As already stated above, trans-resveratrol mainly accumulates in the grape skin; this selective accumulation facilitates the analysis as it acts as a natural method of preconcentration of trans-resveratrol. The grape samples were prepared by taking the skin off and cold pressing it by means of a hydraulic press. Previously, it was proved that trans-resveratrol is completely extracted by this easy procedure.

A batch of 10 grapes was peeled off and the skin pressed obtaining 0.5 ml of essential oil and 580mg of skin residue. Figure 12.7 shows spectra obtained under

Fig. 12.6 Schematic view of the experimental set-up for the LD + REMPI-TOFMS technique. IC is the ionisation chamber, TOF is the time-offlight tube. The inset shows the internal parts of the system and the interaction between the two laser beams. © 2002 Woodhead Publishing Ltd and CRC Press, LLC

the same experimental conditions in both cases. While Fig. 12.7(a), obtained from the grape skin essential oil, shows an important signal for trans--resveratrol, no significant signal appears in the spectrum in Fig. 12.7(b), corresponding to the skin residue. Both spectra are noisier than usual owing to the fact that the experimental conditions were forced (up to 55 mJ per pulse of desorption energy) in order to be sure that no trans--resveratrol remained in the residue. This result confirms the validity of the sample preparation method for trans-resveratrol analysis by LD + REMPI-TOFMS in grapes.

Figure 12.8 displays a time-of-flight spectrum obtained from a sample of vine leaves using the same sample preparation method and under the usual experimental conditions. As before, it was confirmed that there is no trans-resveratrol remaining in the leaf residue after cold pressing. The resveratrol peak is clearly

noticeable showing how the combination of selective ionisation plus the versatility of the time-of-flight spectrometry, allows clearly identification and analysis of one component without interference from the rest of the sample. This is, of course, one of the major advantages of the present technique.

The detection limit for the analysis of trans-resveratrol in vine leaves has been calculated from this spectrum. The detection limit of a method is the lowest analyte concentration that produces a response detectable above the noise level of the system; generally this is assumed to be three times the noise level. From here a detection limit better than 0.002ppm, that is 2ppb of trans-resveratrol in vine leaf, was calculated, which is consistent with the limit previously found for grape skin. This value is consistent withpreviouswork,alsofromtheauthors' group, in which a detection limit of 5ppbof irans-resveratrolingrapeskinwas reported125 and appears to mark the current state of the art for thermally labile and non-volatile chemicalanalysis.

Antioxidant, Growing Your Own Grapevine in Your Garden