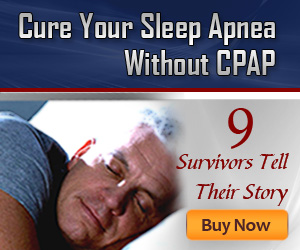 One can think of acute cardiac failure in terms of "forward failure" (the inability to drive the circulation) or "backward failure" (the congestion caused by an inefficient pump). Backward failure causes pulmonary oedema and is often associated with a normal or high blood pressure. Treatment aims toward off-loading the heart. Medical therapy does this by

• sitting the patient up which reduces venous return, and

• giving frusemide, diamorphine and nitrates for their vasodilator properties.

When medical therapy fails, intubation may be the next step, but there are several studies that show that non-invasive CPAP reduces the need for intubation by reducing afterload and improving left ventricular function as well as its effects on the lungs.

Meta-analysis shows that non-invasive CPAP reduces the need for intubation in patients with acute cardiogenic pulmonary oedema (numbers needed to treat = 4) with a trend towards a reduction but no significant difference in mortality.

The respiratory effects of non-invasive CPAP are:

• Fluid is "squeezed" out of the alveoli into the circulation -there is a decline in the level of shunt because of redistribution of lung water from the alveolar space to the perivascular cuffs. PEEP reduces extravascular lung water and increases lymphatic flow through the thoracic duct in animal studies.

• PEEP prevents the collapse of alveoli at end-expiration, improving oxygenation.

The cardiac effects of non-invasive CPAP are:

• Left ventricular function is improved because afterload is reduced (leading to an increase in stroke volume). This occurs because the increased intrathoracic pressure has a squeezing effect on the left ventricle. There is a subsequent reduction in the pressure gradient between the ventricle and the aorta which has the effect of reducing the work required during contraction, that is, afterload.

• Relief of respiratory distress leads to haemodynamic improvement and reversal of hypertension and tachycardia -probably through reduced sympathoadrenergic stimulation.

• Sedation and a large reduction in venous return, which would be caused by high intrathoracic pressures, is avoided. These occur in intubated patients.

Non-invasive CPAP in acute cardiogenic pulmonary oedema is indicated when the patient has failed to respond to maximum medical therapy and there is an acute respiratory acidosis, unacceptable fatigue or hypoxaemia despite supplemental oxygen. Patients who do not respond quickly to CPAP should be considered for intubation.