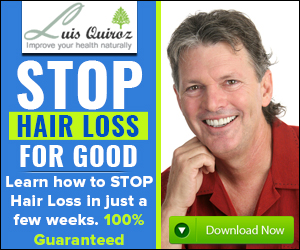 Sarah is 22 years old and has two patches of alopecia areata over the frontal and parietal scalp that have been present for 8 months (Figure 43.1). At the age of 10 she developed alopecia totalis that regrew spontaneously after 9 months. At the age of 14 she developed a solitary patch of alopecia areata that regrew after two intralesional injections of triamcinolone acetonide 6 weeks apart.

She has a past history of atopy, her mother has idiopathic hypothyroidism, and a great aunt had become totally bald after receiving a telegram notifying her of her husband's death in the second world war. Sarah's only recent stress was breaking up with her boyfriend of 4 years, however, that occurred after the hair loss had begun.

On this occasion, three intralesional injections of triamcinolone acetonide 6 weeks apart had led

She was sensitised to 2% diphencyprone, applied in a Finn chamber to the scalp. Two weeks later 0-0001% diphencyprone in acetone was applied to one patch. Diphencyprone was reapplied each week, with the concentration adjusted to produce itch, erythema and scale (without vesiculation) that lasted 24-48 hours. After 8 weeks she was using 0-1% diphencyprone. She had occipital lymphadenopathy. Hair was regrowing in the treated patch, but not the control patch. Treatment was extended to include the control patch. After 24 weeks both patches had completely regrown and she remained in remission at the post-treatment follow up visit 6 months later.

The best start to preventing hair loss is understanding the basics of hair what it is, how it grows, what system malfunctions can cause it to stop growing. And this ebook will cover the bases for you. Note that the contents here are not presented from a medical practitioner, and that any and all dietary and medical planning should be made under the guidance of your own medical and health practitioners. This content only presents overviews of hair loss prevention research for educational purposes and does not replace medical advice from a professional physician.