Mania in children is not easily modified without medication. Unfortunately, there are very few treatment options that are evidence based. In general, current pharmaceutical treatment of children and adolescents with bipolar disorder is based on clinical trials in bipolar adults [79,80]. It is common clinical practice to have patients continue on medications for a period of time following remission. However, the optimal length of maintenance treatment remains unclear, and available guidelines are based on limited consensus rather than controlled trial outcomes. There are only limited studies of mood stabilizers and antidepressants in children and adolescents [81]. Also, given the high rates of comorbid conditions, children with paediatric mania may require combinations of medications to adequately manage symptoms [82,83].

There is a risk of inducing a manic episode with the use of anti-depressants in children with undiagnosed bipolar disorder. Careful monitoring should be undertaken when prescribing antidepressants to any child with a family history of mood disorders or other risk factors for bipolar disorder, such as depression involving a rapid onset, psychomotor retardation and/or psychotic features [83-85].

Lithium is the oldest and most studied mood stabilizer in adults. It is approved by the US Food and Drug Administration (FDA) for treatment of bipolar disorder in adolescents who are 12 years of age or older, but not in pre-pubertal children.

To date, there is only a single published double-blind randomized controlled trial of lithium in adolescents. This was a prospective placebo-controlled investigation of lithium in adolescents with bipolar disorder and comorbid substance abuse (n = 25). In this study, the adolescents' diagnosis of bipolar disorder preceded their substance abuse by several years. After 6 weeks of treatment, subjects treated with lithium showed a statistically significant decrease in positive urine toxicology screens and a significant improvement in GAF (46% in the lithium-treated group versus 8% in the placebo group). This study demonstrated the efficacy of lithium for the treatment of substance use disorders in bipolar adolescents, but did not report on the effect of lithium on the bipolar disorder in these adolescents [89].

The largest systematic treatment trial to date was a recent study conducted by Kafantaris et al. [91]. This study examined the initial response to lithium treatment and potential predictors of non-response in a sample of 100 acutely manic bipolar I adolescents: 63 met response criteria and 26 achieved remission of manic symptoms at the week 4 assessment. Prominent depressive features, age at first mood episode, severity of mania and comorbidity with ADHD did not distinguish responders from non-responders. When treated with adjunctive antipsychotic medication, subjects with psychotic features at baseline responded as well as subjects without psychosis. In this study, lithium appeared effective for acute stabilization of bipolar symptoms. However, more double-blind, placebo-controlled trials in adolescents with acute mania are needed.

Several single case reports and small open series suggest that valproate is an effective mood stabilizer in adolescents [98-100]. Strober [101] examined the clinical course of juvenile bipolar illness treated with valproate compared with a historical control group treated with lithium. Valproate was superior to lithium for the mixed form of mania but was not more efficacious in classic mania.

Common side effects of valproate include sedation, nausea, vomiting, appetite/weight gain and tremor [95]. Lethal cases of hepatic toxicity appear to occur almost exclusively in relatively young children, especially those younger than 2 years who are on multiple medications [102,103].

Valproate has been reported to induce a metabolic syndrome (especially in younger women), characterized by obesity, hyperinsulinemia, lipid abnormalities, polycystic ovaries and hyperandrogenism. In a cohort of Finnish women taking valproate for seizures, 80% of the women who started taking valproate before the age of 20 years had polycystic ovaries compared with 43% of all women taking valproate [104]. Replacing valproate with lamotrigine reduced the severity of this metabolic syndrome in 16 women, which seems to suggest a partial reversibility [105]. Whether this finding generalizes to a psychiatric population is not yet clear, since the study only included women with epilepsy.

Forty patients, aged 7-19 years, with a manic, hypomanic or mixed episode were enrolled in an open-label study of divalproex (2-8 weeks), followed by a double-blind, placebo-controlled period (8 weeks). A total of 22 patients showed at least 51% improvement in Mania Rating Scale (MRS) scores during the open-label period. However, 23 subjects discontinued the study during the open-label period. The reasons were noncompliance, ineffectiveness and intolerability. Thirteen subjects completed the 8-week trial. Of 13 subjects who completed the study, 8 showed marked improvement on the MRS, 4 showed moderate improvement and 1 showed some improvement. The most common adverse events were headache, nausea, vomiting, diarrhoea and somnolence. Too few subjects participated in the double-blind period for statistical analysis [106].

Carbamazepine has demonstrated efficacy in adult bipolar disorder. However, there are no controlled studies and only a few anecdotal reports on this drug in children [107]. Garfinkel et al. [108] reported on a series of 19 treatment-resistant bipolar adolescents (11 with acute mania and 8 with mixed state) who had an excellent response to a combination of lithium and carbamazepine. Oxcarbazepine has lately become quite popular due to the fact that it does not suppress the bone marrow and does not require blood monitoring. This drug is currently being studied in the USA.

Since many youths with bipolar disorder do not respond to valproate or lithium monotherapy, an open-label study was conducted to examine the effectiveness of a combination of valproate and lithium therapy in youths diagnosed with bipolar disorder [109]. Ninety patients (66 males, 24 females) meeting DSM-IV criteria for bipolar I or II disorder, aged 5-17 years, were treated prospectively for up to 20 weeks with valproate and lithium. Significant improvement in all outcome measures was observed by week 8, as well as at the end of study. The combination appeared to be well tolerated.

Bipolar children and adolescents often have comorbid disorders that also complicate their treatment [110]. Data has just started accumulating on combinations of mood stabilizers with stimulants, antidepressants and atypical antipsychotics.

No data on lamotrigine and gabapentin are currently available in bipolar youth. The authors have found lamotrigine to be helpful in depressed bipolar teenagers, especially those with self-cutting behaviours during their mood episodes.

In a chart review study of 26 children and adolescents with DSM-IV bipolar disorder, a significant improvement on the Clinical Global Assessment Scale (CGAS) was found after a treatment of average duration 4.4 months with an average dose of 104 mg/day of topiramate. No serious adverse events were reported [111].

Atypical antipsychotics have been recently studied in the treatment of mania in adults. There are some data to support their use in children with bipolar disorder.

DelBello et al. [113] studied 30 manic or mixed bipolar I adolescents (12-18 years) who received an initial valproate dose of 20 mg/kg and were randomly assigned to 6 weeks of combination therapy with quetia-pine, titrated to 450 mg/day (n = 15), or placebo (n = 15). The valproate+ quetiapine group demonstrated a significantly greater reduction in Young Mania Rating Scale (YMRS) scores from baseline to endpoint than the valproate+placebo group. Sedation, rated as mild or moderate, was significantly more common in the valproate+quetiapine group. Although the valproate+quetiapine association was generally well tolerated, there was a greater drop-out rate in that group. Sure you haven’t tried this program before but you no doubt aren’t a stranger to the dieting merry go-round that has been plaguing your life up to this point. 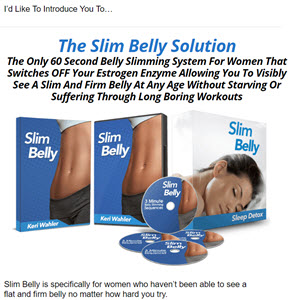