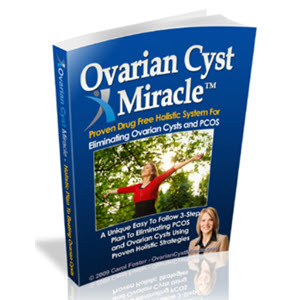 Conventional radiologic studies have disclosed the intraperitoneal spread of seeded metastases to the supra-mesocolic compartment only on occasion. This pathway of spread is illustrated graphically in Figure 4-148 in an instance of a spilled ovarian dermoid cyst.110 The avenue and characteristic sites of implantation are clearly mapped out in the patient studied by CT in Figure 4149. Seeded deposits in both Morison's pouch and the right subphrenic space are therefore not uncommon (Fig. 4-150).

Transcoelomic migration of fluid, particles, and cells cephalad toward the undersurface of the diaphragm is caused by changes in intraperitoneal pressure during breathing and the topographic arrangement of the peritoneal recesses.3'94 In ovarian carcinoma, free tumor cells are shed from gross or microscopic tumor excrescenses

on the capsule of the primary tumor. These free-floating cells have been shown to be removed from the peritoneal cavity through lymphatic channels located in the diaphragm.112'113 However, absorption does not take place evenly over the whole diaphragmatic surface, but is more extensive on the right side, overlying the liver.114,115 Drainage occurs into submesothelial lymphatic capillaries of the diaphragm, which penetrate through the muscle to intercommunicate with a comparable plexus arising on the pleural surface. From the diaphragm, lymphatic drainage primarily occurs to the anterior mediastinal lymph nodes114,116-119 (Fig. 4-151). The uppermost scan levels in CT ofthe abdomen should be routinely evaluated for this transit of malignant spread (Fig. 4-152). This pathway is quantitatively the most significant, accounting for 80% of the clearance from the peritoneal cavity. Partial or complete obstruction of the diaphragmatic lymph channels by ovarian carcinoma tumor cells facilitates the accumulation of malignant as-cites and creates favorable conditions for the implantation of tumor cells at other sites in the peritoneal cavity.112 Nearly 90% of patients with ovarian carcinoma a

(a) Plain film of the pelvis identifies the fatty radiolucency of a large dermoid cyst of the ovary. It contains toothlike and multiple small cystic calcifications.

(b) Plain film. Multiple cystlike calcifications in the right subphrenic and subhepatic areas.

(c) Intravenous cholangiogram with tomography verifies the location of the calcified structures. These represent perihepatic satellite cysts implanted from the ruptured dermoid of the ovary.