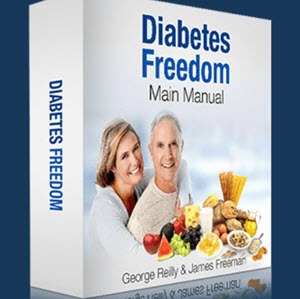 THYROID HORMONE The most common findings of hypothyroidism include lethargy, fatigue, dry coarse skin, facial and extremity swelling, hoarseness, constipation, and weakness. Oral manifestations are related to the accumulation of glycosaminoglycans in the oral tissues, causing macroglossia and thickened lips. If hypothyroidism occurs in childhood, teeth may fail to erupt, although tooth formation is unimpaired. 19

PARATHYROID HORMONE Findings of hypoparathyroidism are related to the resulting serum hypocalcemia. Common oral findings include Chvostek's sign, or twitching of the upper lip secondary to tapping the facial nerve just below the zygomatic arch. This is indicative of latent tetany associated with hypocalcemia. If hypoparathyroidism occurs during childhood, odontogenesis may be affected, and pitting enamel hypoplasia, widened pulp chamber, short roots, hypodontia, and failure of teeth eruption may occur.1 36

Uncontrolled production of parathyroid hormone may result from a pituitary adenoma or primary hyperparathyroidism or from a chronically low serum calcium level secondary to the renal failure of secondary hyperparathyroidism. Primary hyperparathyrodism occurs most commonly over the age of 60 years and is four times more prevalent in females. The classic findings of hyperparathyroidism include "stones, bones, and abdominal groans." Stones refer to an increased incidence of kidney stones. Abdominal groans refer to the tendency to develop duodenal ulcers. Bones refer to a variety of osseous lesions such as the radiographic subperiosteal resorption of the phalanges of the index and middle fingers. Generalized loss of the lamina dura surrounding the roots of teeth is an early finding. With disease progression, loss of trabeculation results in a ground glass radiographic appearance of the mandible and maxilla. Persistent disease results in the development of other osseous lesions such as the brown tumor of hyperparathyroidism. These lesions occur most commonly in the mandible, clavicle, ribs, and pelvis and appear radiographically as well-demarcated unilocular or multilocular radiolucencies. 19

GROWTH HORMONE Pituitary dwarfism is caused by a lack of growth hormone production by the anterior pituitary gland. Characteristic features include the remarkably short stature of the patient with normal body proportions. The maxilla and mandible of affected persons are smaller than usual. Tooth eruption is typically delayed from 1 to 3 years. Root formation is often delayed, and third molars ageneisis is common. Also, tooth size is usually smaller. 19

Gigantism is a result of overproduction of growth hormone prior to closure of the bony epiphyses and, if untreated, results in extreme heights. Acromegaly is a result of overproduction of growth hormone in an adult patient, resulting in renewed growth in the small bones of the hand as well as the membranous bones of the skull and mandible. Similar oral findings occur in both cases. True macrodontia is a characteristic finding of gigantism. Mandibular prognathia with an anterior open bite is seen characteristically in acromegaly. Abnormal growth of the mandible and maxilla may result in diastema formation between the teeth. Soft tissue growth may result in thickening of the soft palate and a uniform macroglossia.19

ADRENAL CORTICOSTEROIDS Addison's disease is due to insufficient production of adrenal corticosteroids and results in gastrointestinal upset, fatigue, anorexia and weight loss, and salt craving. A characteristic bronzing of the skin is evident, and orally, brown macular pigmented lesions are common. The hyperpigmentation of the oral mucosal is caused by excessive melanin production and may be the first manifestation of Addison's disease.19

Hypercortisolism results in slow weight gain, particularly in the central areas of the body. No characteristic oral findings are noted; however, "moon facies" from deposition of fat in the facial region is characteristic.19

INSULIN Most of the systemic complications of diabetes are related to the microangiopathy caused by the disease.19 Oral manifestations are associated more commonly with insulin-dependent diabetes mellitus but may be associated with non-insulin-dependent diabetes mellitus. Periodontal disease is more common and more aggressive in the diabetic patient. Wound healing postoperatively is delayed, and diabetics are prone to infections secondary to impairment of neutrophil function. In the poorly controlled diabetic patient, gingival erythema and proliferation are common. 37 The poorly controlled diabetic patient is more susceptible to oral candidiasis. Erythematous candidiasis with its central papillary atrophy of the tongue is reported in up to 30 percent of diabetic patients. An increased incidence in benign migratory glossitis is seen in insulin-dependent diabetes. Diabetic sialadenosis, or diffuse nontender enlargement of the parotid salivary glands, is not uncommon. Xerostomia is a common complaint of diabetic patients, yet no conclusive studies demonstrating an actual decrease in saliva production exists. Oral complaints in diabetic patients are extremely common and may lead to a new diagnosis of diabetes.1937

Diabetes is a disease that affects the way your body uses food. Normally, your body converts sugars, starches and other foods into a form of sugar called glucose. Your body uses glucose for fuel. The cells receive the glucose through the bloodstream. They then use insulin a hormone made by the pancreas to absorb the glucose, convert it into energy, and either use it or store it for later use. Learn more... 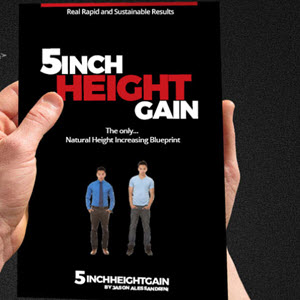