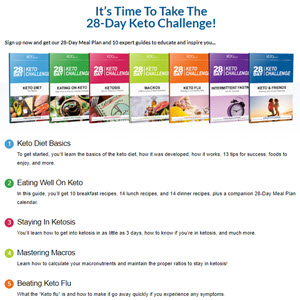 15 Principles of Metabolic Regulation, Illustrated with the Metabolism of Glucose and Glycogen 560

18 Amino Acid Oxidation and the Production of Urea 666

20 Carbohydrate Biosynthesis in Plants and Bacteria 761

Metabolism is a highly coordinated cellular activity in which many multienzyme systems (metabolic pathways) cooperate to (1) obtain chemical energy by capturing solar energy or degrading energy-rich nutrients from the environment; (2) convert nutrient molecules into the cell's own characteristic molecules, including precursors of macromolecules; (3) polymerize monomeric precursors into macromolecules: proteins, nucleic acids, and polysaccharides; and (4) synthesize and degrade biomolecules required for specialized cellular functions, such as membrane lipids, intracellular messengers, and pigments.

Although metabolism embraces hundreds of different enzyme-catalyzed reactions, our major concern in Part II is the central metabolic pathways, which are few in number and remarkably similar in all forms of life. Living organisms can be divided into two large groups according to the chemical form in which they obtain carbon from the environment. Autotrophs (such as photosynthetic bacteria and vascular plants) can use carbon dioxide from the atmosphere as their sole source of carbon, from which they construct all their carbon-containing biomolecules (see Fig. 1-5). Some auto-trophic organisms, such as cyanobacteria, can also use atmospheric nitrogen to generate all their nitrogenous components. Heterotrophs cannot use atmospheric carbon dioxide and must obtain carbon from their environment in the form of relatively complex organic molecules such as glucose. Multicellular animals and most microorganisms are heterotrophic. Autotrophic cells and organisms are relatively self-sufficient, whereas het-erotrophic cells and organisms, with their requirements for carbon in more complex forms, must subsist on the products of other organisms.

Many autotrophic organisms are photosynthetic and obtain their energy from sunlight, whereas het-erotrophic organisms obtain their energy from the degradation of organic nutrients produced by auto-trophs. In our biosphere, autotrophs and heterotrophs live together in a vast, interdependent cycle in which autotrophic organisms use atmospheric carbon dioxide to build their organic biomolecules, some of them generating oxygen from water in the process. Heterotrophs in turn use the organic products of autotrophs as nutrients and return carbon dioxide to the atmosphere. Some of the oxidation reactions that produce carbon dioxide also consume oxygen, converting it to water. Thus carbon, oxygen, and water are constantly cycled between the heterotrophic and autotrophic worlds, with solar energy as the driving force for this global process (Fig. 1).

All living organisms also require a source of nitrogen, which is necessary for the synthesis of amino acids, nucleotides, and other compounds. Plants can generally use either ammonia or nitrate as their sole source of nitrogen, but vertebrates must obtain nitrogen in the form of amino acids or other organic compounds. Only a few organisms—the cyanobacteria and many species of soil bacteria that live symbiotically on the roots of some plants—are capable of converting ("fixing") atmospheric nitrogen (N2) into ammonia. Other bacteria (the nitrifying bacteria) oxidize ammonia to nitrites and nitrates; yet others convert nitrate to N2. Thus, in addition to the global carbon and oxygen cycle, a nitrogen cycle operates in the biosphere, turning over huge amounts of nitrogen (Fig. 2). The cycling of carbon, oxygen, and nitrogen, which ultimately involves all species, depends on a proper balance between the activities of the producers (autotrophs) and consumers (het-erotrophs) in our biosphere.

These cycles of matter are driven by an enormous flow of energy into and through the biosphere, beginning with the capture of solar energy by photosynthetic organisms and use of this energy to generate energy-rich carbohydrates and other organic nutrients; these nutrients are then used as energy sources by het-erotrophic organisms. In metabolic processes, and in all energy transformations, there is a loss of useful energy (free energy) and an inevitable increase in the amount of unusable energy (heat and entropy). In contrast to the cycling of matter, therefore, energy flows one way

FIGURE 1 Cycling of carbon dioxide and oxygen between the autotrophic (photosynthetic) and heterotrophic domains in the biosphere.

The flow of mass through this cycle Is enormous; about 4 X 1011 metric tons of carbon are turned over In the biosphere annually.

FIGURE 1 Cycling of carbon dioxide and oxygen between the autotrophic (photosynthetic) and heterotrophic domains in the biosphere.

The flow of mass through this cycle Is enormous; about 4 X 1011 metric tons of carbon are turned over In the biosphere annually.

FIGURE 2 Cycling of nitrogen in the biosphere. Gaseous nitrogen (N2) makes up 80% of the earth's atmosphere.

through the biosphere; organisms cannot regenerate useful energy from energy dissipated as heat and entropy. Carbon, oxygen, and nitrogen recycle continuously, but energy is constantly transformed into unusable forms such as heat.

Metabolism, the sum of all the chemical transformations taking place in a cell or organism, occurs through a series of enzyme-catalyzed reactions that constitute metabolic pathways. Each of the consecutive steps in a metabolic pathway brings about a specific, small chemical change, usually the removal, transfer, or addition of a particular atom or functional group. The precursor is converted into a product through a series of metabolic intermediates called metabolites. The term intermediary metabolism is often applied to the combined activities of all the metabolic pathways that interconvert precursors, metabolites, and products of low molecular weight (generally, Mr <1,000).

Catabolism is the degradative phase of metabolism in which organic nutrient molecules (carbohydrates, fats, and proteins) are converted into smaller, simpler end products (such as lactic acid, CO2, NH3). Catabolic pathways release energy, some of which is conserved in the formation of ATP and reduced electron carriers (NADH, NADPH, and FADH2); the rest is lost as heat. In anabolism, also called biosynthesis, small, simple precursors are built up into larger and more complex molecules, including lipids, polysaccharides, proteins, and nucleic acids. Anabolic reactions require an input of energy, generally in the form of the phosphoryl group transfer potential of ATP and the reducing power of NADH, NADPH, and FADH2 (Fig. 3).

Most cells have the enzymes to carry out both the degradation and the synthesis of the important categories of biomolecules—fatty acids, for example. The

Metabolic pathways are regulated at several levels, from within the cell and from outside. The most immediate regulation is by the availability of substrate; when the intracellular concentration of an enzyme's substrate is near or below Km (as is commonly the case), the rate of the reaction depends strongly upon substrate concentration (see Fig. 6-11). A second type of rapid control from within is allosteric regulation (p. 225) by a metabolic intermediate or coenzyme—an amino acid or ATP, for example—that signals the cell's internal metabolic state. When the cell contains an amount of, say, aspartate sufficient for its immediate needs, or when the cellular level of ATP indicates that further fuel consumption is unnecessary at the moment, these signals allosterically inhibit the activity of one or more enzymes in the relevant pathway. In multicellular organisms the metabolic activities of different tissues are regulated and integrated by growth factors and hormones that act from outside the cell. In some cases this regulation occurs virtually instantaneously (sometimes in less than a millisecond) through changes in the levels of intracellular