Biomedical Anthropology and the Evolution of Diabetes Thrifty Genotypes and Phenotypes

Geneticist J. V. Neel first proposed a thrifty genotype for glucose utilization among Native American populations as an evolutionary explanation for their high prevalence rate of type 2 diabetes (Neel, 1962, 1982; Neel, Weder, & Julius, 1998). He hypothesized that a feast and famine existence conferred a selective advantage and increased reproductive fitness for those individuals who had the ability to release insulin quickly, to thriftily store energy during times of food abundance, and to efficiently utilize energy depots during dietary deprivation (Neel, 1962, 1982). Recently, Campbell and Cajigal (2001) postulate specific selection for thriftiness of the physiological mechanisms enhancing energetic efficiency of skeletal muscle.

Shifts to modern lifestyles with increased food abundance, a lack of periodic food shortages, and a reduction in energy expenditure rendered a once adaptive genotype detrimental. The result is obesity, type 2 diabetes, and other characteristics of Syndrome X or insulinresistance metabolic syndrome, including high blood lipids and hypertension (Raven, 1988). Many authors have expanded on this hypothesis in other populations including additional selective pressures of cold stress from water and long ocean-going voyages for Pacific Island populations (Bindon & Baker, 1985; Zimmet et al., 1982) and extreme cold stress for Eskimo and Aleut populations (Shepard & Rode, 1996). High seasonal energy demands during slavery for African Americans posed an additional stress (Gibbs, Cargill, Lieberman, & Reitz, 1980; Lieberman, 2003).

Weiss (1990), Weiss, Cavanagh, Buchanan, and Ulbrecht (1989), and Weiss, Ferrell, and Hanis (1984) have hypothesized that New World Syndrome, a collection of metabolic disorders characterized by diabetes, obesity, high blood lipids, gallstones, and gallbladder cancer, resulted from a combination of founder effect and selective pressures encountered in harsh Arctic environments by the first New World immigrant populations. Wendorf (1989) has a slightly different scenario. He suggested that selection for thrifty genotypes occurred when the ancestors of Paleoindians migrated south of the northern ice-free corridor and were confronted with unfamiliar non-Arctic hunting conditions. These conditions, he hypothesized, precipitated food shortages and selection favoring those who are able to store calories efficiently. These scenarios are confounded by evidence of multiple migrations. For example, there are low rates of diabetes among the more recent Canadian Athapascan speakers; however, this is not the case for U.S. Athapascans. These differences in prevalence suggest that gene-environmental interactions play important roles in diabetes risk (Sievers & Fisher, 1981; Szathmary, 1986).

Most of the literature on genetic thriftiness has focused on selective pressures operating in adulthood. Kuzawa (1998) focuses on human infancy and early childhood. He reviewed the literature supporting a strong selective advantage of a quick insulin trigger with enhanced fat storage as a hedge against infant morbidity and mortality. Refeeding after starvation or respiratory and diarrheal illnesses is accompanied by increases in insulin production. Furthermore, infants who have suffered nutritional compromise in utero and are small for their gestational age gain weight with appropriate nutritional interventions but demonstrate reduced glucose tolerance and are at high risk for insulin resistance metabolic syndrome, or Syndrome X, later in life (Barker, 1994, 1999; Phipps et al., 1993; Raven, 1988). The Barker hypothesis of prenatal origins of later life diseases, including diabetes, compliments the thrifty gene hypothesis (Kuzawa, 1998).

Szathmary (1986, 1990) and Ritenbaugh and Goodby (1989) questioned the utility of the thrifty gene model for explaining high rates of diabetes in indigenous North American populations because the diets of the founding New World populations were likely high in protein and fats and low in carbohydrates. Therefore, they hypothesized there would not be intense selection pressure for rapid glucose uptake but instead enhanced gluconeogenesis whereby glucose is produced from proteins. This thriftiness for metabolic conversion would have been an adaptation rendered disadvantageous by modern diets high in carbohydrate. Allen and Cheer (1996) write of a non-thrifty genotype with a slow insulin trigger that would have conferred protection against diabetes and obesity in dietary environments of abundance with high carbohydrate and fat intakes. They suggest this might have been the case for some European and Middle Eastern populations who also have a high rate of lactase sufficiency in adulthood.

Data from other parts of the world also suggest similar but more recent dietary transitions, among Australian Aborigines (O'Dea, Spargo, & Akerman, 1980) and other Pacific Island populations (Zimmet et al., 1982, 1995). On the island of Nauru in Micronesia more than 30% of individuals over the age of 15 have diabetes (Zimmet et al., 1977). These high rates are most likely the result of nutritional and cold selection as well as founder effect in which members of the small initial island population carried thrifty genes. Expanded beyond carbohydrate utilization, the model has implications for thriftiness in the metabolism of other previously limited dietary constituents that have now become abundant (e.g., salt, cholesterol); and, conversely, dietary constituents that were once abundant and are now limited (e.g., dietary fiber) (Broadurst, 1997). Broadhurst (1997) makes a case for diabetogenic effects of reduced omega-3 polyunsatu-rated fatty acid (PUFA), chromium, plant phytochemicals, and fiber in contemporary Western diets relative to paleonutrition and traditional diets.

In conclusion, the thrifty gene hypothesis does not fit all cases well, but it does raise the possibility of a strong genetic explanation for the high rates of type 2 diabetes for many populations in conjunction with other microevolutionary processes and recent lifestyle changes. Understanding thrifty geneotypes has implications for health policy (Benyshek, Martin, & Johnston, 2001).

Finally Revealed The Revolutionary & Miraculous Weight Loss Secrets! Discover How to Command Those Unwanted Pounds To Take A Hike, So That You Can Get Into Shape & Lose Weight Easily Just Like You Dream Of In Just A Matter Of Weeks! You're About to Discover The Insider's Fat Burning Diet Tips to Easily Shed Off Those Extra Pounds And Obtain a Lovable Shape In No Time Flat! 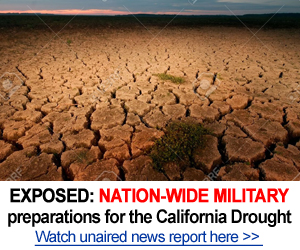