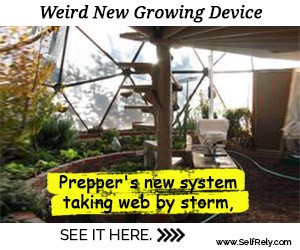 The other motto, "Think globally; act locally," recognizes that environmental problems have important global dimensions, particularly because carbon dioxide and other greenhouse gasses threaten to cause climate change. To some extent the international community has dealt successfully with environmental threats; for example, the Montreal Protocol, an international accord signed in 1987, initiated controls on the production of chemicals that damage stratospheric ozone. And conventions aimed at preserving endangered species and controlling the harvest of common resources—whales, for example—have long exerted influence on the international community.

To an even greater extent, however, international environmental conventions and the institutions—called regimes— set up to implement them meet many of the same problems of enforcement that are familiar in domestic contexts. Many of the conventions—such as those that ban pollution in the North Sea—are hortatory or idealistic. Politicians enact these protocols under pressure from the green movement, but because of the very great costs involved, they make slow progress in enforcing them. Nongovernmental organizations take the lead in litigating, harassing, and otherwise reminding officials of their responsibilities under the protocols they signed.

In 1997, industrialized nations, including Japan, the United States, and members of the European Union, promised at Kyoto that by 2012 they would cut to significantly less than 1990 levels, and permanently limit their production of, CO2 and other greenhouse gases. Developing countries such as China, India, Indonesia, and Malaysia, believing that the welfare of their people depends more on the growth of their economies than on the stability of the atmosphere, refused to join the effort to lower emissions. These countries, because of rapid economic and population growth, are likely to surpass the industrialized nations in their greenhouse emissions within about fifteen years, and will by themselves emit more than enough greenhouse gases to destabilize the atmosphere. Partly for this reason, but also because of the costs involved, the U.S. Senate said that it would never ratify the climate treaty unless developing nations commit to substantial participation. President George W. Bush later brushed off the Kyoto Treaty entirely.

Environmental organizations have begun to turn their attention to international problems, particularly global climate change. Little has been said, however, about exactly how the United States should lower its emissions—whether by converting from coal-fired to nuclear energy, for example. Ethical debate has centered on a U.S. proposal to allow nations to sell credits for their excess reductions to other nations, who would then count them toward meeting their own targets. The United States, for example, might assist Russia to convert inefficient coal-burning electric utilities to cleaner and more efficient gas-fired power plants. The Russians would receive the new technology at little or no cost, and the United States would be able to take credit for the reduction in emissions from the Russian plants. It costs a lot less to achieve a 50 percent reduction from the dirtiest industries in Russia or India than a 10 percent reduction in industries that are already technologically advanced.

Critics have condemned pollution-trading because it "turns pollution into a commodity to be bought and sold," and thereby "removes the moral stigma that is properly associated with it" (Sandel). Yet CO2, unlike toxic agents or carcinogens, should not be stigmatized. Under a safe global cap—let us say, the levels accepted at Kyoto—CO2 emissions are not harmful or objectionable. If wealthy countries buy allowances by providing poorer countries with more efficient technologies, moreover, this does not necessarily indicate disrespect or arrogance, but might be looked at as partnership, if wealthy countries do not use less efficient technology at home than they subsidize abroad.

Some commentators have proposed a general requirement that ties CO2 emissions to economic product, with the idea that wealthy countries can get credit for helping others reach the carbon-efficiency per dollar economic output achieved by the most efficient economies. The ethical impasse that stymies carbon trading strategies lies in finding a fair principle on which to distribute initial allowances— namely, whether to grandfather present levels or establish per-capita quotas. A global cap on greenhouse gases, in other words, must be translated into an initial set of permits nations can use or trade. This problem has proven intractable. As economist Tom Schelling has said, "Global emissions trading is an elegant idea, but I cannot seriously envision national representatives sitting down to divide up rights in perpetuity worth a trillion dollars" (Passell).