State in the elderly characterized by difficulties in concentration and memory.

Physiological fluid that bathes the brain and spinal cord and may be monitored by removing the fluid from the lumbar region of the spinal cord or occasionally from the lateral ventricles. Immediate early gene that serves as a transcription factor for the expression of other genes. Compound that sequesters a metallic ion, thereby inactivating it (e.g. EDTA).

Chemoattractant cytokines; soluble factors that induce chemotaxis of lymphocytes. Repetitive involuntary jerky movements. Symptom complex of extreme fatigue in combination with signs of an impaired immune and endocrine state. Frequently occurs after an acute, viral infection. Study of the influence of biological rhythms on the pharmacokinetics, pharmacodynamics and toxicity of drugs.

Behaviour initiated in animals by dopamine agonists following a unilateral lesion of the nigrostriatal pathway.

1,4-Benzodiazepines that are structurally related to diazepam and that have qualitatively similar pharmacological profiles (e.g anxiolytic, anticonvulsant, muscle relaxant and sedative). The rate of elimination of a drug from the body. Process that involves removing the nucleus from an adult cell, transferring it to an unfertilized oocyte, destroying the genome of the oocyte and allowing the resulting cloned cell to develop. Movement characterized by involuntary, alternating rapid muscle contractions and relaxations. Triplet of three bases in a DNA or RNA molecule that encodes a specific amino acid according to the genetic code.

Standard deviation as a percentage of the mean. A compound or ion that, while not being directly involved in a chemical reaction, facilitates an enzyme-catalysed reaction.

Occurrence of more than one disease at the same time in the same patient (e.g. anxiety and depression). Areas of the body in which a drug or neurotrans-mitter has different kinetic characteristics. Inhibition of an enzyme or receptor that is dependent on the relative concentration of the inhibitor, substrate or agonist.

Plasma proteins that, when activated, bind to a target antigen or pathogen.

In genetics, similarity in a twin pair with respect to the presence or absence of a disease or trait.

Measurement of the range of values within which the true population value probably lies. Part of the basal ganglia containing the caudate nucleus and the putamen.

Release of two or more neurotransmitters from the same neuron.

Part of the family of hepatic microsomal drug metabolizing enzymes. Two isozymes (P450 2D6 and 3A4) responsible for biotransformation of 90% of drugs used clinically.

T-cell that, on activation by a specific antigen, targets and attacks cells bearing that type of antigen. Also called natural killer cell (NKC)

Principle that each neuron contains only one neurotransmitter (now no longer true!) Transient organic mental syndrome characterized by global impairment of cognition, including memory and perception.

(a) A behavioural syndrome that implies compulsive use of a drug. (b) Physical dependence, or change in brain function in tolerance and withdrawal, when a chronically administered drug is abruptly discontinued.

Subjective experience that the body is unreal. The inside of a nerve cell becoming less negatively charged relative to the outside of the nerve membrane.

Unremitting major depression that persists for at least 2 years.

Reduction in the sensitivity of a receptor in response to excessive stimulation. Also termed down-regulation. Such changes may be associated with a decrease in the number of receptors and/or their functional responsiveness. Desensitization is also a term used to describe the reduction in anxiety and panic states caused by controlled exposure to a specific anxiety-provoking stimulus.

Illegally manufactured drug with similarity in structure or effect to a drug already registered as a drug of abuse.

Anterior region of the brain that includes the thalamus, hypothalamus and pituitary gland.

Dissimilarity in a twin pair with respect to the presence or absence of a disease or trait. Term used to describe quantitatively the separation of a ligand from a receptor. In ligand binding studies it may be expressed as the reciprocal of the affinity constant.

In genetic studies this refers to twins who have developed from two ova and therefore have different genetic characteristics.

Major depression superimposed on underlying dysthymia (chronic minor depression). Reduction in response following the exposure of a receptor to a higher than normal concentration of an agonist.

The clinically meaningful result required to detect a specific result or end-point; related to the probability of declaring a true positive.

Destruction of a specific nerve pathway by the passage of a current between electrodes inserted into the brain region which is innervated by the nerve pathway.

Critical area of the brain linking limbic structures to the cerebral cortex. The hippocampus receives its major input from the entorhinal cortex via the perforant pathway.

Synchronization of a biological rhythm by a stimulus such as an environmental time cue (zeitgaber). Increase in enzyme activity in response to an increase in the amount of substrate available. For example,

Toxic, potentially fatal disorder attributed to a contaminant of tryptophan.

Electrophysiological measurement in which a sensory (flight flash, tone) or cognitive signal stimulates a response that is detected from the scalp or cortex. Part of a gene that encodes information present in messenger RNA.

Motor control that does not involve the pyramidal tracts. It originates in the basal ganglia. Polysynaptic neuronal pathways involving the basal ganglia and related subcortical nuclei that influence motor behaviour.

Number of deaths due to poisoning per million National Health Service prescriptions. The patient tires abnormally early during prolonged mental or physical activity or cannot sustain the same level of activity as normal.

Form of non-articular rheumatism characterized by a syndrome of chronic, diffuse musculoskeletal pain and stiffness, chronic fatigue and sleep disturbance.

Method whereby volatile compounds are separated by injecting them into a stream of inert gas which percolates over a solid or liquid stationary phase. The separated compounds are then detected and quantified by means of an electrochemical or fluorescent probe. GC-MS is a method whereby the gas chromatograph is linked to a mass spectrograph, thereby allowing very small quantities of the compound to be quantified.

A gene that may be associated with a disease phenotype.

How To Win Your War Against Anxiety Disorders

Tips And Tricks For Relieving Anxiety... Fast Everyone feels anxious sometimes. Whether work is getting to us or we're simply having hard time managing all that we have to do, we can feel overwhelmed and worried that we might not be able to manage it all. When these feelings hit, we don't have to suffer. By taking some simple steps, you can begin to create a calmer attitude, one that not only helps you feel better, but one that allows you the chance to make better decisions about what you need to do next. 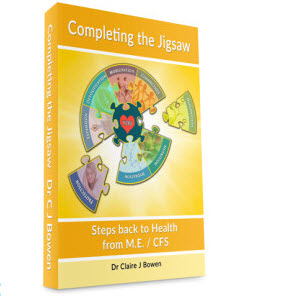