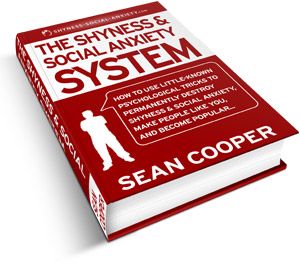 Figure 9.9. Brain image (by positron emission tomography) of glucose utilization of patient with OCD compared to a normal control.

abnormalities are reversed following effective treatment with clomipramine or an SSRI.

Despite the convincing evidence that the SSRIs are effective in the treatment of OCD, whereas antidepressants that lack an inhibitory effect on 5-HT reuptake (such as desipramine and nortriptyline) are largely ineffective, direct evidence implicating an abnormality in serotonergic function is limited. Thus there is evidence that the non-specific 5-HT1 receptor agonist m-chlorophenyl piperazine (mCPP) (a metabolite of trazodone and the related antidepressant nefazodone) can enhance the anxiety and obsessional state of some OCD patients but these changes are not associated with an increase in plasma cortisol and prolactin which would be indicative of 5-HT1 receptor hypersensitivity. Other clinical studies have shown that in patients responding to fluoxetine, there is no correlation between changes in 5-HT1A receptor function and the reduction in the OCD symptoms. Thus it would appear that while the serotonergic system may be abnormal in OCD, and that drugs which selectively enhance serotonergic function are therapeutically effective in treating the condition, the nature of the abnormality in serotonergic function remains obscure. There is evidence, for example, that the dopaminergic system in the basal ganglia is hyperactive in OCD which may contribute to the main symptoms of the disorder (Figure 9.10). Nevertheless, there is now abundant clinical evidence that clomipramine and the SSRIs have made a major contribution to the pharmacological treatment of this disorder. In addition to drug treatments for OCD, it is sometimes necessary to consider psychosurgery when drug treatment fails. Cingulotomy (a lesion of the cingulate gyrus) has been shown to be effective.

In CONCLUSION, the recognition of the high frequency of such anxiety states as panic disorder in the general population in recent years has led to the widespread interest in the aetiology and treatment of the condition. The introduction of the SSRIs has been important not only because of their proven efficacy in the treatment of panic disorder and OCD but also because of the light they have thrown on the possible abnormality in the serotonergic system which may underlie the cause of such anxiety disorders.

Social phobia is a disorder marked by the intense fear and/or avoidance of situations in which the individual feels that he/she may be scrutinized by others. Social phobia may thus be considered to be an extreme form of shyness.

Do you have low self-esteem? Do social situations stress you out? Do you wish you weren’t so shy?<br />51 Ways to Overcome Shyness and Low Self-Esteem can help. Find all these ideas and more! Start raising your self-esteem today.