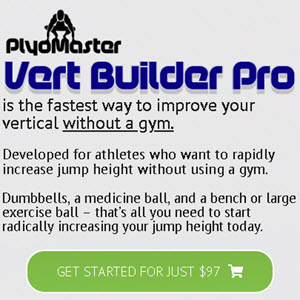 Figure 2.6. A free-body diagram of a person quietly standing. The major vertical forces acting on the person (gravity and ground reaction force) are illustrated, while horizontal forces are small enough to ignore.

body is our first example of what in mechanics is called a free-body diagram. A free-body diagram is a simplified model of any system or object drawn with the significant forces acting on the object. The complexity and detail of the free-body diagram depends on the purpose of the analysis. In spection of Figure 2.6 should make it qualitatively obvious that the addition of the two vertical forces illustrated would cancel each other out, keeping the person essentially motionless in the vertical direction. The Force-Motion principle here correctly predicts no change in motion, since there is no unbalanced force acting on the person. Later on in the text we will use free-body diagrams to actually calculate the effect of forces and torques on the motion of the human body, and we will study the effects of forces acting over time to change the motion of the human body. We will also come to see later that this principle is based on Newton's three laws of motion. The application of the Force-Motion principle in qualitative analysis will be explored throughout the text.

An important thing to notice in this principle is the sequence of events. Forces must act first, before changes in motion can occur. Detailed study of kinematics will illustrate when the motion occurred relative to the acceleration and force causing it. Suppose a person is running on a sidewalk and a small child darts directly in the runner's path to grab a bouncing ball. In order to avoid the child, the runner must change the state of motion. The Force-Motion principle tells the kinesiology professional that the runner's sideward movement (a change in direction and speed) had to be created by large forces applied by the leg to the ground. The force applied by the leg comes first and the sideward motion to avoid the collision was the result.

Substantial changes in motion do not instantly occur but are created over time, which leads us to the next principle of Force-Time. It is not only the amount of force that can increase the motion of an object; the amount of time over which force can be applied also affects the resulting motion. A person using a longer approach in bowling has more time to apply forces to increase ball speed. Increasing the time to apply force is also an important technique in slowing down objects (catching) and landing safely. The impulse-momentum relationship, the original language of Newton's second law, is the mathematical explanation of this important principle.

Another important principle to understand in the modification of motion is Inertia. Inertia can be defined as the property of all objects to resist changes in their state of motion. Newton's first law of motion outlines the principle of inertia. The Newtonian view of inertia as a fundamental property of motion was a major conceptual leap, rejecting the old Aristotelian view that constant application of force was required for motion. The linear and angular measures of inertia are mass (m) and moment of inertia (I). We will see that inertia can be viewed as a resistance to motion in the traditional sense, but this property can also be used to an advantage when modifying motion or transferring energy from one body segment to another.

The next principle involves the Range of Motion the body uses in movement. Range of Motion is the overall motion used in a movement and can be specified by linear or angular motion of the body segments. The purpose of some movements might require that some body segments limit range of motion, while others requiring maximum speed or force might require larger ranges of motion. Increasing the range of motion in a movement can be an effective way to increase speed or to gradually slow down from a high speed. A baseball pitcher taking a longer stride (Figure 2.7) is increasing the range of motion of the weight shift. Since moving through a range of motion takes time, this principle is related to the force-time principle.

The next biomechanical principle is Balance. Balance is a person's ability to control their body position relative to some base of support. Stability and mobility of body postures are inversely related, and

Figure 2.7. The forward stride of a pitcher increases the range of motion used to accelerate the body and eventually the baseball.

several biomechanical factors are involved in manipulating a person's stability and mobility. A handstand is a difficult gymnastic skill not only because of the muscular strength required, but also because of the small base of support in the anterior and posterior directions. Athletes in the starting blocks for sprints choose body postures with less stability in favor of increased mobility in the direction of the race.

How the muscle actions and body segment motions are timed in a human movement is usually referred to as coordination. The Coordination Continuum principle says that determining the optimal timing of muscle actions or segmental motions depends on the goal of the movement. If high forces are the goal of the movement, more simultaneous muscle actions and joints rotations are usually observed, while low-force and high-speed movements tend to have more sequential muscle and joint actions (Hudson, 1995; Kreighbaum & Bar-thels, 1996). These two strategies (simultaneous/sequential) can be viewed as a continuum, with the coordination of most motor skills falling somewhere between these two strategies.

The principle of Segmental Interaction says that the forces acting in a system of linked rigid bodies can be transferred through the links and joints. Muscles normally act in short bursts to produce torques that are precisely coordinated to complement the effects of torques created by forces at the joints. A wide variety of terms have been used to describe this phenomenon (transfer, summation, sequential) because there are many ways to study human movement. This variety of approaches has also created a confusing array of terminology classifying movements as either open or closed (kinematic or kinetic) chains. We will see that the exact mechanism of this principle of biomechanics is not entirely clear, and common classification of movements as open or closed chains is not clear or useful in analyzing movement (Blackard, Jensen, & Ebben, 1999; di Fabio, 1999; Dill-man, Murray, & Hintermeister, 1994).

The biomechanical principle of Optimal Projection says that for most human movements involving projectiles there is an optimal range of projection angles for a specific goal. Biomechanical research shows that optimal angles of projection provide the right compromise between vertical velocity (determines time of flight) and horizontal velocity (determines range given the time of flight) within the typical conditions encountered in many sports. For example, in throwing most sport projectiles for horizontal distance, the typical air resistance and heights of release combine to make it beneficial for an athlete to use projection angles below 45 degrees. Chapter 5 will give several examples of how biomechani-cal studies have determined desirable release angles for various activities. This research makes it easier for coaches to determine if athletes are optimizing their performance.

The last principle involves the Spin or rotations imparted to projectiles, and particularly sport balls. Spin is desirable on thrown and struck balls because it stabilizes flight and creates a fluid force called lift. This lift force is used to create a curve or to counter gravity, which affects the trajectory and bounce of the ball. A volleyball player performing a jump serve should strike above the center of the ball to impart topspin to the ball. The topspin creates a downward lift force, making the ball dive steeply and making it difficult for the opponent to pass. The spin put on a pass in American football (Figure 2.8) stabilizes the orientation of the ball, which ensures aerodynami-cally efficient flight. The natural application

Figure 2.8. The spin imparted to a football during a forward pass serves to stabilize ball flight, to provide aerodynamically efficient flight.

Now that the principles are out of the bag, let's use them to look at a common sport movement, the vertical jump. Imagine an athlete is doing a standing vertical jump test. Which principles of biomechanics would be of most interest to scholars from motor development, motor learning, exercise physiology, or sport psychology studying the vertical jump test? What combinations of the sport sciences are most relevant to the concept of skill in vertical jumping? What sports science provides the most relevant information to the physical determinants of jumping ability? How could someone determine if the success of elite jumpers is more strongly related to genetics (nature/physical) than coaching (nurture/training)? How could a strength coach integrate jump training studies with biomechanical studies of jumping techniques?

of these biomechanical principles is in qualitative analysis of human movement. It Seems Incredible That You Can Get Your Ideal Body By Jumping. This Book Is One Of The Most Valuable Resources For The Fitness Adrenaline.