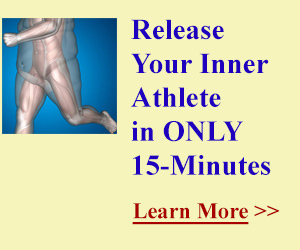 Skeletal muscle fiber alterations, such as the appearance of longitudinal striation, loss of cross-striation with homogenization of fibers, and the finding of a segmental and splinter-like fiber distraction, reflect the uniform but nonetheless unspecific reaction pattern of the musculature against exogenous noxae.

Muscle pathology attributable to gas gangrene is characterized by a brownish sooty discoloration and soft consistency of the affected musculature at gross examination, with crepitation during dissection due to gas formation by the anaerobic germs. Histologically, clostridial myonecrosis is characterized by Gram-positive, rod-shaped bacteria invading emptied sarcolemma and homogenization of adjacent muscle fibers with loss of nuclei. The histologic picture is remarkable for its absence of almost any inflammatory cell reaction next to clusters of clostridia (Figure 3.38), a picture distinctly different from all other forms of bacterial infections. Two reasons can be put forward to explain this phenomenon: (1) various extracellular toxins produced by clostridia, such as phospholipase C and

Fig. 3.37. Septicopyemic abscess formation in the psoas muscle that developed during the course of fatal Staphylococcus aureus sepsis following a burn injury.

Fig. 3.38. Gas gangrene (clostridial myonecrosis). Bacteria are seen in an emptied sarcolemma. Loss of cross-striation with homogenization of fibers and segmental and splinter-like fiber distraction with occasional hypercontraction bands are observed. Note the total absence of inflammatory cells, which is typical for the disease. Postmortem cultures revealed Clostridium difficile as the responsible germ.

Fig. 3.38. Gas gangrene (clostridial myonecrosis). Bacteria are seen in an emptied sarcolemma. Loss of cross-striation with homogenization of fibers and segmental and splinter-like fiber distraction with occasional hypercontraction bands are observed. Note the total absence of inflammatory cells, which is typical for the disease. Postmortem cultures revealed Clostridium difficile as the responsible germ.

perfringolysin O produced by Clostridium difficile, are cytolytic for leukocytes110; and (2) what the forensic pathologist sees under the microscope most likely is the result of an extremely rapid postmortem overgrowth of the clostridia in most visual fields investigated.

Pyomyositis (primary muscle abscess) is an acute bacterial infection of the skeletal musculature. Staphylococcus aureus is the organism most commonly cultured from the abscess; it is seen in up to 90% of cases in tropical areas and 75% of cases in temperate countries. Group A streptococcus accounts for another 1% to 5% of cases. The term pyomyositis should be restricted to primary muscle abscesses arising within the skeletal musculature and should not be used to describe (1) intermuscular abscesses, (2) abscesses extending into muscles from adjoining tissues, such as bone or subcutaneous tissues, or (3) pyemic intramuscular abscesses secondary to previous sepsis. Fatal cases of pyomyositis seen in the forensic pathologic setting usually arise from a preceding trauma, such as a fall or assault.10 Intravenous drug abuse is another important risk factor for pyomyositis.10 The factors responsible are impaired cellular and humoral immunity, defective bactericidal capacity of neutrophils, increased bacterial colonization of skin, and direct injection of contaminated materials. Pyomyositis is increasingly documented in persons infected with human immunodeficiency virus (HIV). Mechanisms include muscle damage caused by HIV infection per se, zidovudine therapy, and infections caused by parasites and mycobacteria leading to impaired host defenses.111112 Abscess formations due to pyomyositis are characterized by extensive suppuration on cut sections. They are most often located in the thigh gluteal muscles but also involve muscles around the shoulder girdle, abdomen, pelvis, and around the spine. Histologic features of pyomyositis include Grampositive cocci infiltration with surrounding granulocytic infiltration, edematous

separation of fibers in early stages of the disease followed by patchy myocytolysis progressing to disruption of muscle fibers, and complete disintegration of the affected muscle (Figure 3.39).

The skeletal muscles are a relatively rare bleeding site in coagulation disorders such as septic DIC. However, iliopsoas muscle bleeding may be seen in septic individuals with severe deterioration of coagulation factors.113 Relevant differential diagnoses of iliopsoas muscle bleeding (potentially leading to fatal exsanguination) include hemorrhage due to trauma, anticoagulant medication, and hypothermia.114