membranes, penetrated by numerous protein pores. (In prokaryotes, the DNA is not isolated from the cytoplasm by a membrane, and the structure is called a nuclear region rather than a nucleus.) Each of the DNA molecules in the nucleus is contained in a chromosome. A chromosome is a complex of a DNA molecule and associated proteins. Chromosomal DNA forms a template for protein synthesis.

Protein synthesis takes place outside the nucleus in the cytoplasm. The nucleus synthesizes RNA molecules, each having the code for production of a protein. The RNA then passes out through the nuclear pores to the cytoplasm. There, the RNA interacts with particles in the cytoplasm. These particles are the ribosomes, in which amino acids are linked up to form proteins, using the RNA templates as a guide. Ribosomes are made of several proteins and RNA molecules in two subparticles called 50S and 30S in prokaryotes, and 60S and 40S in eukaryotes. The designation refers to their size in Svedberg units as measured by the settling velocity in a centrifuge.

In eukaryotes, the ribosomes line a folded membrane structure called the endoplasmic reticulum (ER), which occupies a large portion of the cytoplasm. ERs serve as channels to transport newly synthesized substances within a cell. The part studded with ribosomes, called the rough ER, is responsible for the synthesis of proteins, including enzymes. Another portion of the ER, the smooth ER, lacks ribosomes. The smooth ER is associated with synthesis of lipids and the detoxification of lipid-soluble toxins. The liver has abundant smooth ER. It is the location of the enzyme complex cytochrome P450 system, which is responsible for much of the liver's detoxification activity as well as other biotransformation functions (see Section 18.5)

The endoplasmic reticulum pinches off small, self-enclosed sacs of synthesized compounds called vesicles for transport elsewhere in the cell. Often, the vesicles go to the Golgi apparatus, a structure consisting of flattened disks of membrane structures. The Golgi apparatus may perform finishing touches on the products, then pinch them off in another set of vesicles that go toward their final destination. For example, some digestive enzymes are activated in the Golgi apparatus, and migrate in vesicles to the plasma membrane, where their contents are discharged outside the cell.

Other vesicles, including lysosomes, remain in the cytoplasm. Lysosomes contain enzymes that can digest particles taken in by endocytosis or, interestingly, can be used by the cell to commit "suicide," when the cell is damaged or otherwise unneeded. Other vesicles contain enzymes that break down water-soluble toxins in the cytoplasm. Peroxisomes destroy peroxides in the cell, and peroxisomes in the liver and kidney perform about half of the work of ethanol detoxification in the body. Microsomes, vesicles originating in the smooth ER, contain enzymes for detoxification.

The mitochondria are the site where eukaryotes perform respiration, the oxidation of substances using inorganics such as oxygen as ultimate electron acceptors, for the production of energy. Thus, the mitochondria are often described as the cell's "powerhouse." They are the place where organics and oxygen are reacted to form carbon dioxide and water, with the capture of energy in the biologically useful form of ATP molecules. The structure and function of mitochondria are discussed in detail in Section 5.4.3 (see also Figure 5.6).

Several organelles are unique to plants and plantlike protists. Chief among these is the chloroplast. The chloroplast is the site where energy from light is captured in photosynthesis. Photosynthesis is the production of carbohydrates from CO2 and H2O using light energy; it is the reverse reaction to respiration and is the basis for the production of almost all organic matter by the biosphere. The chloroplast and the mitochondrion have many similarities in structure and function, although they are quite distinct. A detailed description is deferred to Section 5.4.5. The structure of the chloroplast is shown in Figure 5.9.

A vacuole is a membrane-bound storage vesicle within a cell. In plants they may be quite large, even filling the majority of the cell volume. The plant cell vacuole may serve to store nutrients, as in sap. It may also be a depository for waste products, since plants do not have the mechanisms that animals have for excreting wastes. Vacuoles in some pro-tists, such as Euglena and Paramecium, are used to excrete water, which otherwise would cause the cells to burst.

Flagella and cilia are organelles of cell movement. Flagella are whiplike extensions of a cell, which may be many times longer than the main part of the cell. A cell can propel itself through a liquid by motion of a single flagellum. Examples of cells with a flagellum are the protist Euglena and the human sperm cell. Animal cells or some animal-like pro-tists may instead have cilia. Cilia are short hairlike projections covering the surface. They propel the cell by a coordinated beating action, like oarsmen on an ancient warship. The protist Paramecium is an example of a cell that propels itself this way. Cilia may have another function: moving particles past stationary cells. This is their function in helping protists such as the "stalked ciliates'' feed. Cilia also line the human respiratory tract, where they serve to expel inhaled particles. Damage to respiratory cilia from cigarette smoking impairs removal of harmful materials and causes "smokers' cough.''

Another mechanism by which cells can move under their own power is by extending part of the cell membrane, "flowing" the cytoplasm into the extending part while withdrawing from the other side. The classic example of this is the protist amoeba. In humans, the white blood cells, or leukocytes, which protect the body against infection, have the same capability.

Our internal organs, the colon, liver and intestines, help our bodies eliminate toxic and harmful  matter from our bloodstreams and tissues. Often, our systems become overloaded with waste. The very air we breathe, and all of its pollutants, build up in our bodies. Today’s over processed foods and environmental pollutants can easily overwhelm our delicate systems and cause toxic matter to build up in our bodies. 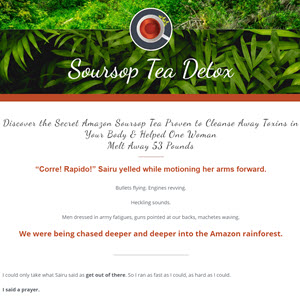